A learned yet awkward soul seemed he.
Never seen with a smile, never seen with a frown.
New to “The Rivers” in May of Eighteen Sixty,
with shoulders so broad and eyes so brown.

He kept to himself, for the first several days,
before venturing out, before walking the town.
He addressed a young lady as she passed him by,
but his voice betrayed him, slurring the sound.

She did not understand the unsteady words,
so she kept on walking, kept going around.
Embarrassed he was to cause her concern.
He first looked back, and then looked down.

But Susan Daniell, noting the stranger’s dismay,
turned and stepped forward, onto his ground.
She could see he was nervous, and his tongue had been tied,
and knew right away that his graces were bound.

His shoulder she touched with outstretched hand,
turning him gently till his courage was found.
She smiled and asked “Your name please, Sir?”,
and his head lifted up; his graces unbound.

“Alvah” spoke he in his clearest tone,
as his presence in town he tried to explain.
The river he said was a powerful tool,
a force of nature, fueled by the rain.

Confused was the lady but curious too,
“Farming you mean? A man of the grain?”
“Making, not growing” he was quick to say,
“I learned it in Enfield, it’s become my domain.”

Susan studied his face and liked what she saw,
his words now just noise as they began to wane.
For she was distracted and starting to tire,
cramping and wincing with a familiar pain.

She tried to dismiss it, to stay the course,
but he sensed her stress and he saw her strain.
“May I help you, M’lady? May I see you home?,
May I walk with you? May I see you again?”

She removed her glove and extended her hand,
taking his in hers, telling him to remain.
“I live close by, it’s just down the street,
so come by tomorrow, to 10 Webster Lane.”

Four years his junior, a gentle seventeen,
she greeted him warmly, in the morning light.
Her mother watched over, uncertain at first;
he had to be good, he had to be right.

His disheveled appearance belied his virtue.
This, Susan had sensed the previous night.
They talked and he loosened and even once smiled
at this pretty young lass, clothed entirely in white.

He told them both of his plans for a mill
he would build, sturdy and strong and watertight,
with a man named Aiken, who knew hosiery well
and had proposed the idea that they unite.

Miss Susan, she knew in her gut, in her heart,
that this man would become her forever knight.
They soon became close, over the months and the years,
and as he worked his dream, she remained in his sight.

Though that first enterprise struggled and closed –
it was revived in Sixty-Five in a union so tight.
A brother of Susan then partnered with Alvah,
creating Shaker half-hose to the town’s delight.

A year into that venture, their finances secured,
each pledged to the other “I will” and “I do”.
As Alvah matured into the pride of this town,
he thrived in his role – the man everyone knew.

His time was shared ‘tween the mill and his wife
and he melded with both beyond his purview.
Susan readily, reliably, stood right by his side
as Fortune smiled down and the mill trade grew.

He traveled the state and brought Franklin renown
as a welcoming place for folks to come to.
Good jobs for the masses in buildings of brick
bettered the lives of the old and the new.

The couple fit in – liked, respected by all –
by neighbors and merchants, and workers too.
Simple yet elegant with their very own style,
they worked and they weaved and delivered on cue.

For themselves and the people who helped them succeed,
they stood steadfast and strong and saw everything through.
With three children to light up their darkest of nights,
the couple often were tried, but always were true.

With the mill standing strong with a life of its own,
Alvah moved on and enhanced his career.
A banker and a railroad man, he was also elected
to the Legislature in Concord, not far from here.

Through each of his callings, each of his roles,
The Man of the Mill remained focused, sincere.
While others gave speeches and danced to the drum,
Alvah kept to the task, and kept Susan still near.

His party ran him for Congress, more than one time.
At Nominating Conventions, three times he’d appear.
Back home in the town that had taken him in, he
championed and cherished the church he held dear.

The decades passed by and Susan passed on.
She stared down her fate without fright, without fear,
with stature and station, with status and strength.
Alvah granted her wish – that he not shed a tear.

Though three years later he took his rest by her side,
their spirit, their presence, did not disappear.
Their vision lived on ’til the day the mill died.
Farewell and goodbye, in its eighty-eighth year. 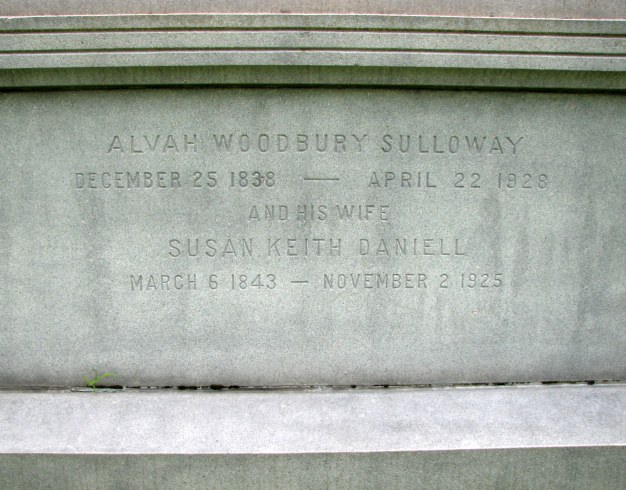 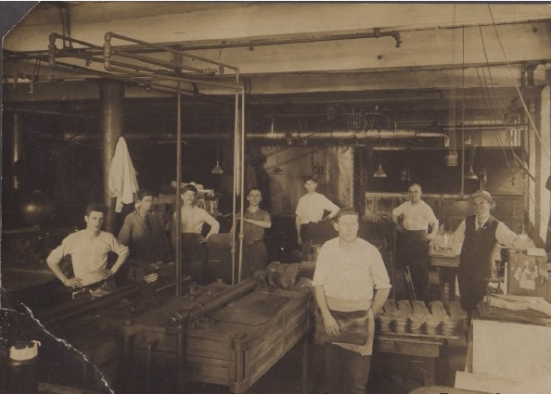